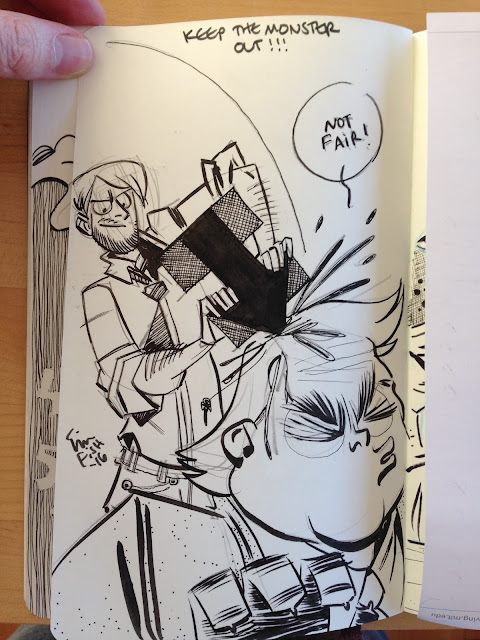 First, I state my regret for not posting my opinion on the election, Hilary, and Trump, back in October as I had intended to. Given the polls, I thought it wasn't all that important for me to preach to my small choir. But I see now how wrong that was. It's important to say what you believe in, so here I'm putting it out on the internet's porch to see what cats lick it up.

I've heard a lot of people describe the Democrats' and Hilary supporters of "whining" and feeling "bitter" that our gal didn't win. Maybe there is some of that. But for many, if not most, it's more of an expression of fear. Fear of losing the rights and privileges that were fought for for so long and we're still fighting for.

This may be very difficult for a straight white male to understand, since these rights and privileges I'm talking about you've enjoyed since 1776. The only significant new right granted to white men that I know of is the right to vote at age 18, and you may not get too fired up about that without a draft (if I understand correctly, the main controversy during the Vietnam conflict was that men were being drafted at age 18 but couldn't vote until 21...).

So let me put it in other terms for you. You're familiar with the religious order of the Shakers, right? Known for their simple living, architecture, furniture, appliances (the modern broom was invented by them!), and equality of the sexes, and (gulp) celibacy. So the celibacy bit drove them basically into extinction, but let's imagine a world in which it didn't: more people joined up in support of the zero-growth population movement or whatever. And let's say they cleverly jerrymandered the electoral districts to win elections despite being a political minority. And let's say a Shaker zealot was elected as leader.

Now do you understand our fear? That this zealot may try to impose equality of the sexes and celibacy on you. And you don't want that! And just when you think, "well, let's go in with an open mind," the first actions the President-elect takes are to appoint an anti-your religion person to a key post. And then suggests a Supreme Court Justice nominee who has publicly stated that it should be illegal for you to have sex in your own home to honor the Shaker celibacy. That this President-elect was going to remove rights and privileges that you value...and in short, to impose their views on you and make you conform to their way of life.

That's exactly what is happening with Trump right now. The appointment of the white-supremacist and anti-Semitic Bannon and the suggestion to appoint the anti-gay Pryor (who believe gays should be jailed for having sex in their own homes) have confirmed our worst fears. So for women, minorities—blacks especially, gays, and people who love any of them, or are married to them, or have biracial children, or have gay relatives or friends, etc.etc. etc., the outcome of the election is more than just a "bummer." It's an attack on our fought-for civil liberties.

Maybe you didn't understand that when you voted for Trump. Or maybe you live in a part of the country that needs work, and you simply want a job and food on your table. I get it, I forgive you. But in the coming months, if you believe in equality, then we'll need you. We'll need your support against the decisions and policies and policy-makers who seek to remove the rights of your friends and neighbors.
Posted by Tim Fish at 7:01 AM 1 comment: